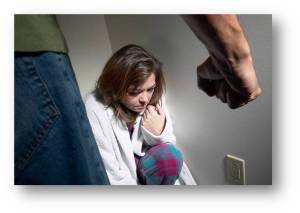 With a majority of American homes — especially those with children — having pets, and with 99% of Americans considering pets as close companions and family members, pets easily become pawns in the power-and-control mechanisms of domestic violence. Perpetrators of intimate partner violence quickly learn that acts or threats of harm to animals can manipulate, intimidate and retaliate against human family members whose behavior is seen as unsatisfactory. Survivors bonds and emotional attachments with their animals become points of vulnerability used as weapons against them. 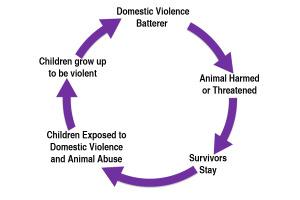 In fear for what might happen should they try to escape, vulnerable animals and people are kept trapped in a landscape of terror. Children become desensitized to an abusive family environment where violence is considered normal. Batterers become jealous when they see their partners caring more for their animals than for them. Batterers perpetuate an environment of fear and terror. Animal abuse becomes a form of emotional blackmail. The cycles of violence are inter-generational, and they continue on and on. All vulnerable members of the family — both the two-legged and the four-legged ones — are at risk.

In response, many community and public policy initiatives have been developed, including:

Extensive information and resources are available from the National Link Coalition. Click here for a bibliography of research on the animal abuse/domestic violence Link.